The intensely silvered needlelike foliage of this planl releases a mouthwatering fragrance of curry. The flowers can he dried and included in floral arrangements or used in craft work, while the essential oil is used in perfumery.

Curry plant is sometimes confused with ihe curry tree (Murraya koenigii). which is used in Ayurvedic medicine. This small tree with pinnate leaves is also intensely curry-scented and may eventually reach 10 to 13 ft. (3 to 4 m). Use fresh leaves in Indian dishes, adding them just before serving. The curry tree makes an attractive container planl. preferring a warm climate in full sun to partial shade.

The common form of curry plant found in herb gardens is H. italicum subsp. italicum, a form widely sold in the nursery trade as H. angustifolium. It is an upright but eventually semi-sprawling shrub to about 2 ft. (60 cm), with densely arrayed, needle-shaped leaves covered in very fine hairs, which give the plant a silvered appearance.

• Varieties Other forms that are less commonly grown include the dwarf curry plant {H. italicum subsp. microphyllum), which is popular for edging herb gardens.

H. stoechas is also used as a source of essential oil for the fragrance industry. The oil of both species is known as 'immortelle' or 'helichrysum.'

• Position Curry plant requires an open sunny position and a very well-drained soil. Plants may suffer temporary dieback after light frosts. In areas where the temperature can drop below 23°F (-5°C), grow plants under protection in winter.

• Pests and diseases Pests are rarely a problem but curry plant is affected by prolonged rain, often developing fungus on the foliage. To avoid this, mulch around the plant with gravel and ensure that the plant has excellent air circulation.

• Harvesting and storing As an herb, curry plant is only used fresh. Pick sprigs as required.

The entire plant is strongly aromatic of curry, particularly after rain. Add sprigs to egg, rice and vegetable dishes to impart a mild curry flavor, but cook only briefly.

To enhance fruit flavors, the oil and the extract are used commercially in food and beverage processing.

Dandelions are the plant world's equivalent of the pig: \lmosi <ill of it is eaten. The flowers make a delicious wine, the vitamin-rich, slightly hitter young leaves are used in cooking and the roots are used to make herbal coffee.

Dandelion is a perennial with a thick, fleshy, deep taproot and a rosette of coarsely toothed leaves. From the leaves emerge many unbranched flower stalks, each terminating in a double golden yellow flower. The flowers are followed by spherical balls of seed, or 'clocks,' which are dispersed by the wind.

• Position Despite its weedy reputation, dandelion crops will thrive if you dig the soil deeply and enrich it with rotted compost. It requires a sunny situation and prefers a neutral to slightly alkaline soil.

• Propagation Sow the seed directly into the soil in spring. The plants die down in winter.

Dandelion flowers are rich in pollen and nectar, attracting beneficial insects such as bees.

Dandelion flowers are rich in pollen and nectar, attracting beneficial insects such as bees.

• Pests and diseases The leaves are prone to mildew, particularly late in the season. Root rot can occur in poorly drained soil.

• Harvesting and storing Blanch the leaves for culinary purposes by covering them from the light for 2 to 3 weeks before harvesting in late spring and before flowering occurs. Lift roots at the end of the second season. Both leaves and roots can be dried for herbal use.

Taraxacum officinale. Parts used: leaves, roots. Dandelion is well known for its therapeutic effects on both the kidneys and liver, hence its traditional reputation as a cleansing cure in the spring months. The leaf exerts a powerful diuretic action on the urinary system and may reduce fluid retention and assist the removal of toxins from the body. It also contains high levels of potassium and helps to replenish potassium that would otherwise be lost as a result of increased urination.

The root, which has a bitter taste, is utilized when a stimulating action on the digestive system is required. It promotes bile secretion and is a valuable remedy for many liver and gallbladder conditions.

Dandelion root can improve a sluggish digestion and provide a laxative effect.

For the safe and appropriate use of dandelion, see Liver support, page208. Do not use dandelion in greater than culinary quantities if you are pregnant or breastfeeding.

The variety 'Thick Leaved' has leaves that can be used fresh in salads, or cooked in a similar way to spinach.

Dandelion has acquired a number of names, including piss en lit (French for wet the bed'), a reference lo its diuretic effect. Its common names include fairy clocks and clocks and watches, both of which refer Lo the children's game of telling lime by the number of seeds left alter blowing a clock.' Another name caput mooachi. refers to the tonsured head of a medieval monk.

Traditionally, if you suffered from hiccups, insomnia or indigestion, dill was an ideal remedy, lis name comes from ihe old Norse word "dylla." meaning lo soothe or lull. With iis slight caraway taste, dill has a long history of use in Indian cooking and medicine.

Dill is an annual plant with feathery, aromatic, blue-green foliage and attractive flat-headed compound umbels of yellow flowers, which are followed by small elliptical flat seeds.

• Varieties Dill varieties suited to dillweed harvesting that are also slow to bolt include 'Hercules; Tetra Leaf and 'Dukat,' which is strongly flavored. Dwarf varieties suited to pot culture include 'Femleaf and 'Bouquet.' If you are growing dill for seed, 'Long Island Mammoth' is a good dual-purpose heirloom variety.

• Propagation Sow seeds directly into the soil in spring after the last frost, lightly cover them with soil and keep them moist until they germinate, or plant seedlings with the potting soil attached. In frost-free areas, plant It in late autumn.

• Maintenance You may need to stake some tall varieties. Thin plants to about 1.5 ft. (45 cm) apart.

• Pests and diseases Dill has no noteworthy pests or diseases.

• Harvesting and storing Harvest leaves as required. Spread them thinly on paper, then microwave them to retain good color and fragrance. Store in an airtight container in a cool, dry place. Store fresh leaves in a plastic bag in the refrigerator, or chop them finely, put into ice-cube trays, top with water and freeze. Harvest the seeds after the heads have dried on the plant.

Anethum graveolens. Part used: dried ripe fruits (seeds). The essential oil found in dill seed is a key ingredient in the preparation of dill water, a popular treatment for flatulence and intestinal colic in infants and children. Dill seeds have been used to improve the flow of breast milk in breastfeeding mothers. Used in this way, even culinary quantities of dill seeds can allow the herb's medicinal properties to be passed on to the child.

Dill seeds can be used in adults for gastrointestinal conditions characterized by wind, bloating and cramping as a result of its antispasmodic effects.

For the safe and effective medicinal use of dill, see Wind, bloating and

flatulence, page 206. Do not use dill in greater than culinary quantities if you are pregnant or breastfeeding except under professional supervision.

Dill seeds are used in pickling spice mixtures, in breads (especially rye bread), and in commercial seasonings for meat. 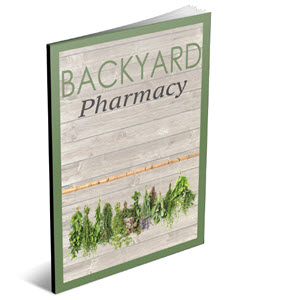