Food is essential to life. And what we choose to eat will affect the way we look, feel, and function. Enlightened medical counsel recommends that Americans adopt a menu that is low in fat, high in fiber, and rich in phytochemicals. It seems as though a new study is released every day that emphasizes the need to reassess the meat-centered diet that has been the gold standard for most of the last century. Medical and nutrition professionals are saying that the key to good health lies in the plant kingdom, and that a healthy plant-based diet can help protect against heart disease. There are a number of reasons for this.

Plant-based diets are cholesterol-free and lower in total fat, especially saturated fat, than meat-based diets. They are higher in fiber, antioxidants, and phytochemicals. Animal products are the primary source of saturated fkts, which cause the liver to produce more cholesterol, raising LDL ("bad" cholesterol) levels dramatically. Saturated fat does not occur in the plant kingdom in any significant amount, except in tropical oils, such as coconut and palm oil, and in cocoa butter. Animal products contain no fiber, whereas a plant-based diet is high in fiber, which carries excess hormones and cholesterol out of the body.

Consuming the conventional American diet over time will cause excess fats and cholesterol to build in the bloodstream, scarring the inner lining of the arteries. These scars collect fat and cholesterol and begin to swell, forming growths called "plaque." Plaque prevents the artery wall from remaining flexible, and as plaque increases in size, it will cause the arteries to narrow, reducing the flow of blood to the heart. This condition, called ischemia, can progress to angina, marked by mild to severe pains in the center of the chest due to diminished blood flow. Over time, this deadly buildup will cause arteries to become more fragile. Any increase in pressure can rupture the arterial wall. Should these plaque deposits break off, a clot can travel into the heart, leading to a heart attack, or to the brain, resulting in a stroke.

Yet when a patient presents with coronary heart disease, the remedy offered by the medical community at large is overwhelmingly either coronary bypass surgery, or angioplasty combined with cholesterol-lowering drugs. This is because Western medicine continues to be more focused on treating the symptoms rather than the cause. Therefore, generally a surgeon is called in to reroute the veins around the blockage (bypass surgery) or inflate a balloon inside the offending arteries (angioplasty) in order to "clear the blockage." And what is the composition of the blockage? The lab results always come back with the same analysis: cholesterol and saturated fat.

Bestselling author John Robbins, in his brilliantly provocative book, The Food Revolution, points out that in patients who undergo bypass surgery and angioplasty, the likelihood that their arteries will become blocked again within six months, can be as much as 50 percent—if they continue to eat a meat-based diet. Additionally, it is best to avoid these kinds of procedures as there is a risk of sustaining permanent brain damage as a result of bypass surgery. And while the risks of complications or death during angioplasty are much less, studies have shown that the number of heart attacks prevented, or lives prolonged by angioplasty, to be zero.

Coronary heart disease does not materialize without cause, and the answer does not lie in the surgeon's hand. We have become a nation so caught up in searching for the "magic bullet" that we have forgotten that we are the masters of our fate, and that we ourselves hold the key to good health and longevity!

The Framingham Heart Study, conducted over four decades with thousands of participants, determined that if an individual's cholesterol level remained below 150, the probability of a heart attack was very unlikely. The typical American diet is high in animal products, which contribute to the buildup of dietary cholesterol in the bloodstream. All flesh foods, including beef, pork products, poultry, and seafood, as well as eggs and dairy products, are the only source of dietary cholesterol, and the leading source of saturated fat.

Chicken consumption has almost doubled in the past 20 years, with North .Americans eating more than 50 pounds of chicken per capita annually. This is due, in part, to a concentrated marketing campaign by the U.S. Department of Agriculture (USDA), which promotes chicken as a low-fat and wholesome food choice.

While the USDA has evolved into a government agency that sets nutrition standards and guidelines, its primary purpose at the outset was to support agriculture and promote farming interests. No matter how you view this agency, promoting the interests of consumers while acting as an advocate for agribusiness produces an obvious conflict of interest. As a result, consumers are often given selective information regarding issues surrounding food choices. For instance, you might be surprised to learn that beef and chicken have the same amount of cholesterol: 25 milligrams per ounce. And that 4 ounces of beef or chicken, half an egg, or 3 cups of milk all contain an equal amount of cholesterol: 100 milligrams. How about the fact that cholesterol is located primarily in the lean portion of meat?

Every 100 milligrams of dietary cholesterol increases cholesterol levels in your blood by about 5 points. Conversely, clinical studies have demonstrated that a one-third reduction in the amount of cholesterol in the bloodstream, say from 300 milligrams per deciliter to 200, can reduce the risk of a heart attack by as much as two-thirds. Adopting The Enlightened Kitchen style of cooking will enable you to eliminate unhealthy foods and help maintain a healthy heart. 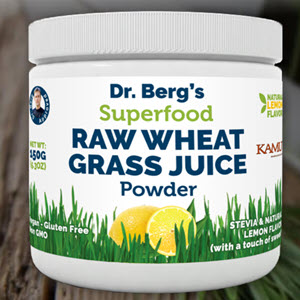 11 Superfoods You Should Know About

The Most Effective Weight Loss Diet 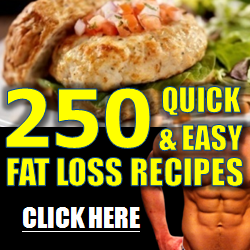